Wheel building is often described as an art, not a science. In part, the description is accurate because artisans were building excellent wheels which maximized the properties of available materials long before those properties could be quantified. Even now that companies can accurately measure the forces exerted on spokes, rims, and hubs, most attempts to re-engineer the wheel end with manufactures returning to traditional designs. 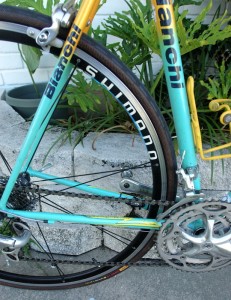 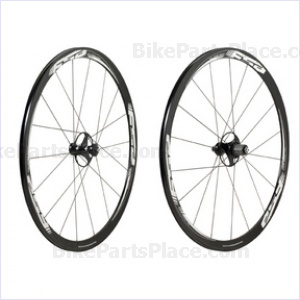 FSA attempted to solve a problem that never really existed and introduced new problems all its own.

Shimano, for example, returned to traditional spoke patterns after a brief attempt to build wheels with paired spokes crossed to opposite sides of the rim.  While I suspect the idea was to improve lateral stiffness by increasing the effective bracing angle of the spokes, the reduced spoke count and soft rim made for a notoriously “spongy” wheel.

FSA tried wheels with a third flange and a set of radial spokes.  The center spokes were designed not for structural support, but for radial truing. Unfortunately, the design allowed a wheel to be built round, but with uneven spoke tension, leading to shortened spoke fatigue life.

While most of the radical changes in wheel design have faded into history, small improvement, mostly in the way spokes attach to rims and hubs, require the wheel builder to be supplied with an arsenal of tools: 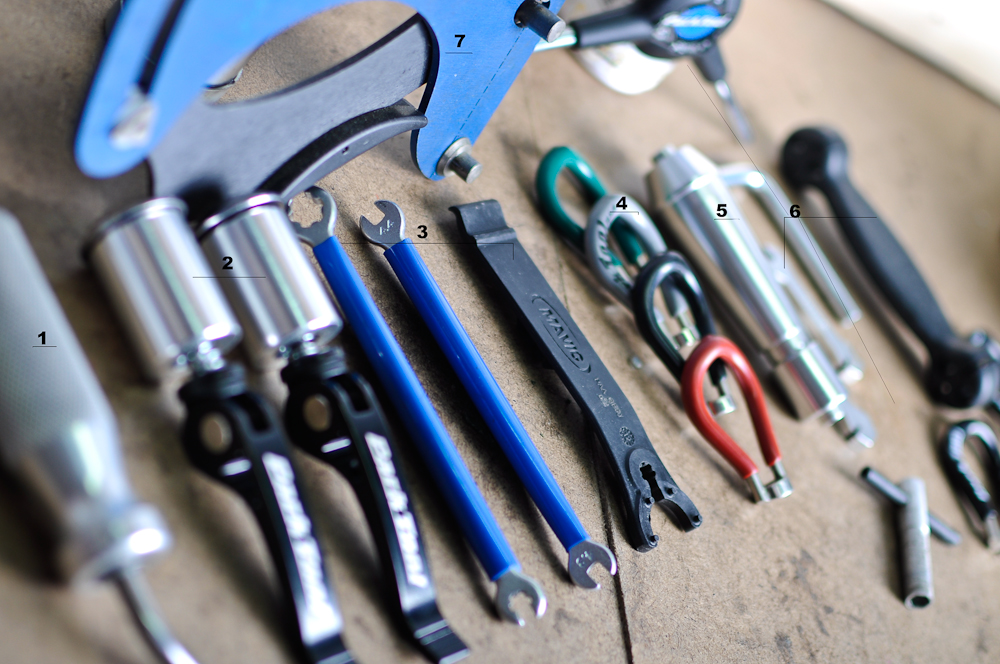 A selection of wheel building tools from Durham Cycles’ bench