by admin
Comments are off

Duke dominated at nationals in Ogden, winning the D2 Team Time Trial and the D2 Criterium. Perhaps more importantly, the team showed remarkable depth, heart, and tact. During the crit, Duke animated the race. They took primes as easy as sprints for the county line; they drove breaks and chased down dangerous escapes. Matt Rinehart and Mike Mulvihill kept the pace hard for the duration of the race, with Matt Howe strategically placing himself in dangerous moves. In the end, Rob Ferris buried himself to escort Mulvihill to the line for the team’s second national title of the weekend. While the team had burnt a lot of matches before the road race, they still had three riders in the top 20, with Matt Howe finishing just off the podium and Mike Mulvihill showing his versatility with a 9th place finish. Mulvihill also took second in the individual Omnium standings and Duke took 6th in the Team Omnium – despite not fielding a women’s team. (Next year, DC is going to do all it can to support the expansion of Duke’s women’s squad.) 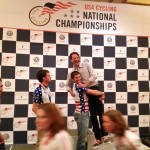 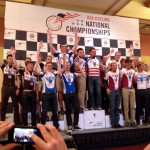 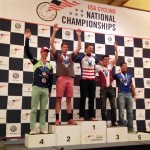 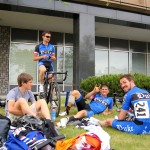 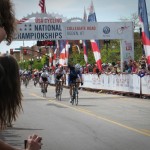 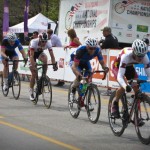 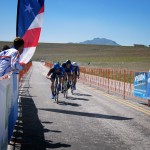 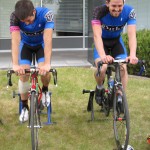 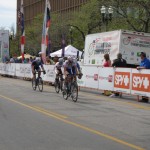 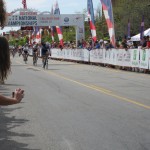 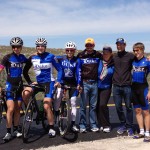 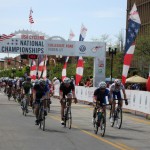 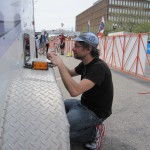 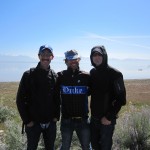 My Schedule only allows me to blog the D2 men’s races, but if you get a chance look up the results of D1 Marian University’s women’s team.Very impressive. …Mike Mulvihill: “Marian is the Duke of D1”.

Slight delay to the start of the D2 race. They’ll be underway in a few.

Race is underway.We’re camped out at the first feed zone and will give you updates as riders come through.

Riders do three laps of a 15 mile loop before heading out onto a larger 32 mile loop containing the large climb of the day.

First time through the feed zone. Yale rider off the front on doomed effort. Rinehart and Howe are patrolling near the front of the pack.

Second time through the feed zone. Rinehart is in a break of 6 with a few seconds on the field. Everyone is fueled up after a few missed hand-offs.

Third time through the feed zone. A dangerous looking break has nearly a minute, no Duke riders represented, but 1 minute won’t be much on the climb.

Sorry for the long delay–technical difficulties getting a signal in the mountains. The break was reeled in, but it looks like an MIT rider made a blistering attack on the climb and put almost 3 minutes on the field taking a decisive win.

Matt Howe was the first Duke rider to finish, coming in sixth out of an incredibly strong field. Mulvihill hit the line 9th, a mystifying effort after all the work he did in the crit yesterday. Howe worked like a dog in the crit as well–as did Rob Ferris who led out Mulvihill for the win yesterday, and finished strong again today. Kaleb finished top 20 with Rob not far behind. Jeff Reid fell back with an injury after ferrying bottles about in the field for the team. Matt R. finished in a strong group, but we don’t know his placement yet.

We’ll post final results and a summary in the next day or two.

The division 2 men’s crit will begin in about 15 minutes! Scroll down for live updates. 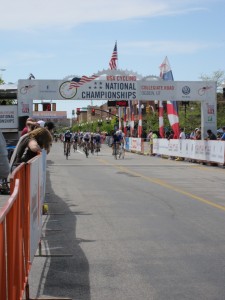 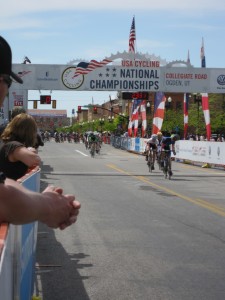 Lot’s of breaks trying to form, but the race has been too fast for anything to stick.

Duke is animating the race. Mulvihill, just nipped for the third prime.

10 rider group with Rinehart has a little separation

Group is back together — Rinehart takes another prime!

4 man breakaway with Rinehart off the front.

Matt and Rob are trying to consolidate a small gap.

Perfect strategy. Howe who has been sheltered has joined Rinehart in the breakaway. A few seconds gap…

It’s all back together with 15 minutes to go.

Duke has been doing a lot of work.

Mike and Rob have a small gap 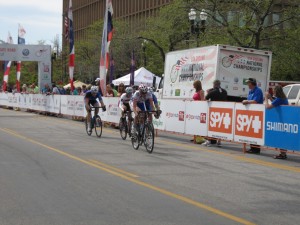 It’s all strung out with Duke well represented in every attack!

Mike Mulvihil and Rob Ferris are now in a strong group of 6 with only three laps to go. Duke is the only team with more than one rider in the break!

Mike and Rob are in a group of 5 with 12 second on the field. 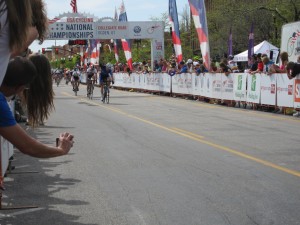 Due to technical difficulties we couldn’t live blog the TTT today, but we we’re glad to see Duke dominate today with a time of 42:37, 48 seconds faster than 2nd place, Navy.

If things aren’t up and running here at 3:30 mountain time for the Crit  Tomorrow, go to our facebook page for live updates. 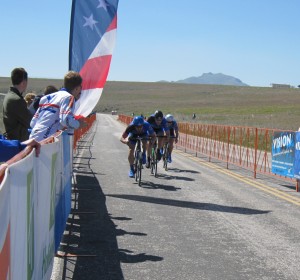 Duke crossing the line with the best time in the D2 TTT for the second year in a row!